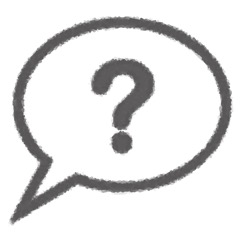 This glossary originally appeared in my book The Crap-Free Guide to iPhone Photography.

Though you “only” have an iPhone, there’s no reason why you can’t converse with the photo geeks. Here’s the language they speak:

What’s a sensor? It’s a small light-sensitive circuit board that converts focused light into digital information about color and brightness.

What’s ISO? It’s a measurement for how much the camera amplifies the signal from the sensor. When there’s not enough light in the scene for a good exposure and the shutter speed can’t be slowed more without causing blur, the iPhone’s camera amplifies the sensor signal. This makes the information coming from each pixel less accurate, which is why low-light images are often noisy or gritty looking.

What’s noise reduction? The iPhone Camera app has built-in noise-reduction technology that tries to smooth out the unevenness in tone and color that sensor noise can cause. It’s most active on images shot in dim light when the camera ISO is high. The Photos app also has a noise reduction slider

What’s f-stop? F-stop (also called aperture) determines the amount of light the lens lets in on the sensor. The iPhone f-stop is currently f/1.8 on the Wide camera, f2.4 on the Ultra Wide and f/2.8 on the Tele. iPhone f-stops aren’t adjustable like they are on an DSLR. On the small sensor, these chosen f-stops let in a lot of light for accuracy and give a very wide depth of focus.

What’s depth of focus? Depth of focus (or depth of field) is the range of distance where the image is acceptably sharp. This area shrinks the closer you are to the subject. If you’re focused on a subject that’s far away, most of your image will be sharp. If you’re focused on a subject that’s close, objects in front of the subject and behind can be out of focus. Professional photographers often use a wide-open (smaller number) f-stop for a narrow depth of focus to soften the background while leaving the subject sharp. While your iPhone can’t do that mechanically, the dual-lens models use their two-lens systems in Portrait mode to simulate this effect.

What’s a flash? The iPhone’s camera flash is composed of 1, 2 or 4 bright LEDs (light-emitting diodes) that fire a burst of light when the shutter opens to light the scene. Newer iPhones use a 4-LED True Tone flash that matches the ambient scene light for more accurate color. Though these LEDs fire very fast, the light burst is not as short as professional strobes and can’t be used to freeze motion.

What’s a DSLR? A digital single-lens reflex camera is a digital version of the SLR film camera. It uses a movable mirror positioned at 45º in front of the sensor for the optical viewfinder. When you click the shutter, the mirror flips up out of the light path. DSLR sensors are about the size of 35mm analog film, roughly nine times the size of the newer iPhone sensors. DSLR’s are those huge cameras people often leave sitting at home when they realize how heavy they are.

What’s a mirrorless camera? This newer technology uses a sensor that’s about 2.5 times smaller than a DLSR. It has no optical viewfinder, only a screen. Since it doesn’t have a mirror, this design allows for a smaller lens that’s mounted closer to the sensor. Mirrorless cameras are those almost-huge cameras that people leave in their hotel room when sightseeing after realizing their iPhone takes such great photos.

What’s Optical Image Stabilization? Starting with the iPhone 6+, iPhone incorporated lens and sensor assemblies mounted so they remain stable even when the camera shakes. This allows the iPhone camera to take sharper, less-noisy photos during longer exposures in low light. The Ultra Wide lens doesn’t have OIS.

What’s EXIF metadata? The Camera app keeps track of technical shooting data, like the time the photo was taken, shutter speed, ISO, which lens was used, if the flash was used, etc., and adds these data tags to the image file. This is how your iPhone knows which images to put in the Selfies album and how to organize the Memories album in the Photos app. You can use an app like Photo Investigator or Metapho to see much of this data. When viewing a photo, tap the Share button. If either of these apps are installed and their photo extension turned on, their icon will show and you can tap it to see the photo’s data.

What’s Burst Mode? If you hold on the shutter button in the Camera app, your iPhone will take a series of photos in quick succession. It’s useful for capturing fast-moving or unpredictable subjects. These series are automatically stored in the Bursts folder of the Photos app. You can choose your favorite image in the series and delete the rest.

What’s HDR? High Dynamic Range. The camera can’t normally capture detail in the lightest and darkest areas of the same scene, so HDR manipulates the data to try and capture both. In your iPhone Camera app, the HDR mode is designed to render the scene more the way the eye sees it by exposing the shadows correctly and underexposing the highlights to keep them burning out into pure white. You’ll also see photographers use the HDR special effect, which exaggerates localized contrast in the shadows and highlights.

What’s a Hybrid IR Filter? This is a filter between the lens and the sensor in your iPhone Camera that blocks out the infrared spectrum of light. The eye can’t see this light, but sensors are very sensitive to it. This renders more normal-looking images.

What’s a RAW file? A RAW file is a non-standardized file that consists of a camera’s raw sensor data and often a crude JPEG preview of the image. Adobe’s DNG format is the first universal RAW format. Your iPhone can shoot and edit RAW with an app like MuseCam.

ProRAW is the latest version of the DNG format that Apple helped develop with Adobe. It’s only available as of this writing for the iPhone 12 Pro models. You can edit a ProRAW file in any software that edits DNG, but few apps are optimized to take full advantage of the format. A ProRAW file is just a DNG v1.6 file, which added data maps from Apple’s computational photography normally applied to finalizing the JPEGs and HEIFs. Apple is the first to take advantage of these, so you can shoot ProRAW with the Camera app and edit ProRAW with the Photos app. You’ll find more on ProRAW here, including current photo apps optimized to shoot and edit with it.

The Definitive Guide to iPhone Photography Accessories. Your iPhone is designed to be the perfect phone cam, no accessories required. But… There are some great accessories that can really unbridle your

How to create tinted black and white photos in the iPhone Photos app. Since the early days of photography, tinting was a way to add the emotion that color brings to visceral black and white images. Images tinted in a
All content ©J. Kevin Wolfe