How to shoot and edit Apple’s ProRAW format on iPhone 12 Pro. 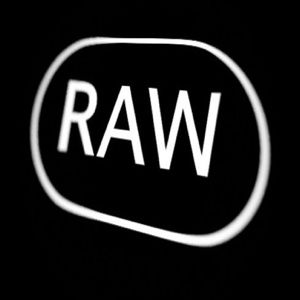 We’ve been able to shoot with Adobe’s RAW DNG (Digital Negative) format since iPhone 7. But…only with third party apps. Now Apple has finally introduced RAW in the Camera and Photos apps on the iPhone 12 Pro models in iOS 14.3.

What’s the difference in ProRAW and JPEG/HEIF format?

You hear so much about the pros using RAW, you’d think the format would give you be guaranteed to give you stunning photos. But far from it. The standard iPhone formats of JPEG and HEIF are designed to give you final photos that are (let’s say for argument sake) 98% perfect and considered a final photo. You can get these photos up to 99% perfect often with just a tweak of the Magic Wand in the Photos app. Because it’s a finished, 8-bit photo and not intended for editing, much of the data has been stripped away from the file so you can’t accurately modify it enough to get to a flawless 100% image. But the image looks good enough on a standard iPhone, iPad or computer screen.

On the other hand, a ProRAW or standard DNG image is not actually an image at all. It’s a big fat dump of all the somewhat-processed (but uncompressed) censor data, plus an average-looking JPEG preview. Let’s say the preview is 90% perfect, often looking blah: poorly exposed and lacking vibrance. Why can it look blah? The iPhone took into account the extra light range offered by the 12-bit sensor data and tried to give you an accurate representation of that as opposed to giving you a final photo.

With ProRAW you can get a image to 100%, but it means you must edit every image to do it. The ProRAW images also take up 10 times the space of a HEIF at about 25mb each.

So is there any real advantage in shooting RAW?

Yes: You can go back and essentially re-expose that image from the original sensor data in the ProRAW file at any time, which is extremely easy if you’re using iCloud. It should be pointed out that most pros shoot a mix or RAW and JPEG and it’s often based on how much they’re getting paid. They may shoot weddings in RAW since thousands of dollars could be at stake on the shoot and prints and they’ll really work those images to make them look their best. But a pro may shoot real estate photos in JPEG since maybe a hundred bucks is involved. And many pro photographers will now shoot their real estate photos as JPEGS with iPhone—when no one is looking. (Wink.)

How do I shoot ProRAW?

Apple has done a great job of implementing ProRAW into the Camera App of the two iPhone 12 Pro models. You’ll need to turn it on: Go to Settings > Camera > Format to do that. Once you do, a RAW button appears in the Camera app. Now you can turn on ProRAW mode when you want to take those once-in-a-lifetime images that would benefit from critical editing and keep it off for basic snapshots. As mentioned, your ProRAW images may not look as good as images shot in JPEG or HEIF format until edited and you’ll likely need to edit every one. The list of pro camera apps for iPhone that shoot ProRAW is growing, with the format available in Halide Mark II and Pro Camera by Moment as of this writing.

How do I edit ProRaw?

More good news: Currently the best app for editing ProRAW on iPhone or iPad may be the native Photos app. It’s optimized to use of all the data in the ProRAW file to finalize the image. You edit just like you would any image, but you’ll immediately see the difference in detail when you start tweaking. iCloud will keep a copy of the ProRAW file to edit from and the Photos app will show you a finished JPEG created from it. At the time of this writing Lightroom, Affinity Photo, Darkroom, Pixelmator Photo, RAW Power and Snapseed have been reported to be optimized to edit ProRAW. Any app that can edit a DNG file will be able to edit a ProRAW image, but if it’s not optimized for ProRAW it can’t access some of the data that Apple helped develop for DNG v1.6.

Can I shoot everything in ProRAW?

No. Apple spent years creating iPhone cameras that shoot incredible JPEGs. They also based many of iPhone’s complex shooting modes on JPEG and HEIF formats, making the complex processes involved in creating the final images invisible. Because of the massive size of a ProRAW images and the processing power required, ProRAW mode turns off when you shoot Live photos, Burst mode, Portrait mode or video.

If you have more questions about ProRAW, Ben Sandofsky, co-creator of the Halide camera app has an excellent post over at PetaPIxel.

My Take: The “Pro” is almost entirely in the cameras.

If you’re wondering why Apple didn’t add ProRAW to all iPhone 12 models there’s a good reason: Most of the differences in the iPhone Pro models and the standard models comes down to the cameras. In my opinion, the two iPhone 12 Pro models were built just for photographers and videographers who would like to leave the hefty and inconvenient DSLRs and video equipment at home. The Pro cameras are a big step above the norm and the Pro models can have twice the storage capacity at 512gb. That’s deeply appreciated when you’re shooting images that take up 25mb each or 4K video. I really don’t see much reason to buy a Pro model unless you’re a shooter.

I shoot a mix of HEIF and ProRAW based on the subject. If I’m shooting cats, flowers in the wind, bugs, people and other things that move, I’ll shoot a Live Photo in HEIF. I can go back and choose a different keyframe and do minor editing. If I’m shooting something with a wide light range between the highlight and shadow I’ll shoot ProRAW. I can go back and finesse the photo for the the detail I think is important. Also, the final ProRAW image can have much more dimension to it an not look flat like a HEIF or JPEG.

Review: Rockett Mr. Moto Trem Verb. For those looking to enhance the sound of their tongue drum for live performance or recording (rather than morphing it into something else entirely)

Totally Tubular Cooking: Why ingredients that come in tubes are so great to cook with. How many times have you gone to the spice cabinet to find that excellent curry powder you paid so much for is now so old you can’t even smell it
All content ©J. Kevin Wolfe