Beko and the tech of Turkish coffee.

UPDATE 3/11/17: Beko has a new version that’s black, not silver. There are big style changes from the original. The coffee process slightly improved for an even smoother cup. The pot stays warmer longer. 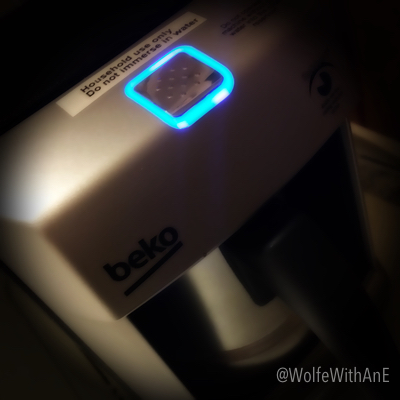 We Americans tend to think of coffee as our own thing, but it’s not. It became a success here when colonists boycotted British tea. But before Columbus sailed, coffee was already a popular drink with the Sufis in Yemen. The word “coffee” has a Turkish origin, so Turkish coffee is much closer to “original” than Starbucks or Folgers.

Why it took so long to automate Turkish coffee.

The modern stovetop percolator was invented in the US in 1889 and made cooking coffee an automatic process. Bialetti’s Moka Pot did the same for stovetop espresso and came along in 1933. But Turkish coffee required a manually-intensive process of bringing the pot to a near boil three times and maintaining a froth. The time and labor required to make Turkish is what’s kept it from from being a profitable drink at your corner coffee place, since speed is of the essence there. The award-winning Beko (the first electronic Turkish coffee maker) required numerous innovations to heat, froth and settle the grounds properly. And on top if that, it’s energy efficient.

The technology needed to mimic tradition.

The 120-volt version of the Beko is small and not much more expensive than the high-end Keurigs. The plastic pot is somewhat of a technological wonder itself with its thermal bottom. There are no pods or filters involved here. You add the water, turkish-ground coffee, sugar and spice to the pot. It holds 7oz of water, enough for three to four tiny cups of Turkish. When you press the start button, the Beko lifts and seals the pot, brings it to a near-boil, slightly cools, repeats the process a few times, froths the coffee and plays the Muddy Waters Mannish Boy riff to let you know it’s done. (I’m not kidding.) The process takes less than four minutes. It’s best to let it sit for a minute for the grounds to settle a little more (you’ll hear a subsequent single beep.)

One thing for sure, it’s consistent. We seem to be too busy today to manually make Turkish through the traditional, time-intensive 20-minute process. Typically somewhere along the way we accidentally boil it, which adds bitterness. The Beko is very precise with temperatures, so it’s likely that it brews a cup of Turkish that’s smooth and tastes near as good as what a Nene in Istanbul makes. I use the full 7oz of water for three cups with 2 level scoops of fresh-ground coffee, 1 level scoop of sugar in the raw and a pinch of homemade Turkish Coffee spice.

Where to get real Turkish ground coffee.

Most of the Bekos come with a sample of Mehmet Effendi, which is from Turkey’s largest roaster. It’s readily available on Amazon and comes ground superfine in special cans keep it fresh tasting for two years. The downside is that Mehmet Effendi has an acquired, sulphury taste, which becomes obvious if you make it too strong. You get used to it surprisingly quickly, but if it’s a turnoff, try grinding your own.

In Turkey the most important things is the fineness of the grind, provided the bean is Arabica. The first time I had Turkish Coffee it was made with good-old 8 O’Clock whole-bean coffee that had the hell ground out of it. Even if you use the grinder in the store, their espresso and Turkish grind are not fine enough, so a spice mill or Turkish grinder like the Zassenhaus Havanna (the Mercedes Benz of grinders) is the best option for getting the grind almost to the fineness of talc. You can use any medium roast, 100% Arabica whole bean coffee. 8 O’Clock’s original bean is reasonably priced and makes a wonderfully smooth cup. I’m currently liking Starbucks Costa Rica for it’s smoothness and lesser acidity.

Tips for the Beko.

I’ve had my Beko for 5 years now. Somewhere during a move I cracked the exterior plastic and the coating at the bottom the pot has become worn, but it still makes as smooth a cup of Turkish as it did the day I bought it.

Coffeehouses and falafel shops have adopted the Beko since it take a labor-intensive, 20-minute process down to an automatic two minutes. A cup from a Beko is often a Westerner’s first experiences with Turkish Coffee. Though many competitors have come on the market in recent years with automatic and semi-automatic makers for Turkish coffee, I regularly see in the reviews: “I wish I’d have brought the Beko.”