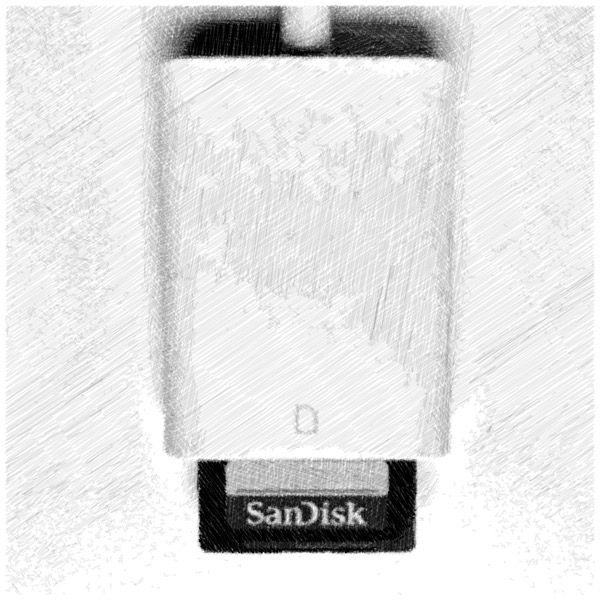 SDs work great as mini flash drives for the iOS through the iPad OS Files app. Well, they did—until iOS 13. If your SD is formatted in the MS ExFAT format, it may have stopped showing in Files. Remain calm: Your files are likely all still there. This article will show you how to get your iDevice seeing those files again and how to format an SD card in the future to avoid the issue.

So why on earth would I format a SD card in ExFAT in the first place? At the place I was working, we were half-Mac/half-PC. My 512Gb Sandisk Extreme Pro SD card needed to be in a format that all machines could read and needed to hold video files that were bigger than 4Gb. ExFAT was the only format that could do that. Recently I tried to open this card on my iPad Pro. When I went to the Files app: Nada. Didn’t show. Tried it on my iPhone: Zilch. Wasn’t there. Curiously, I put the card in my aging iMac and it popped up just fine.

There seems to be a bug in iOS and iPad OS that doesn’t eject ExFAT-formatted SD cards correctly. So, the next time you plug the SD into an iDevice, it may not show.

How to get an ExFAT-formatted card to read again in iOS.

It’s simple, if you have a Mac:

Mac will see the card and properly eject it so it’s readable in iOS again. (I don’t have a PC to try this with, but I’m betting it works by mounting and ejecting on PC too.) The downside is that you’ll have to do this every time you remove the SD card from the iOS reader attachment in order to get it to mount again.

So how should you format an SD Card as an iOS drive?

If you have a Mac, you can use the Disk Utility app to format an SD card in various formats. Your choices are:

Neither Mac nor iOS read MS NTFS formatted drives at all. The better bet is to use one of the three formats above. If have no need to make the SD MS-compatible, I’d use a Mac format.

It’s likely Apple will find a fix for the eject issue, but a recent visit to Apple Support indicates this is not an identified issue.

iPad Pro Smart Keyboard or Magic Keyboard: Which is right for you? Why two keyboard options for iPad Pro users? It comes down to how you use your iPad. Do you want an iPad that you can also type on or do you want an

Workaround for iPad Pro Magic Keyboard backlight issues. Originally my Magic Keyboard was staying lit all the time draining the battery. That bug seems to have been fixed, but now sometimes the backlight
All content ©J. Kevin Wolfe