iPhone 7+ Camera: All the new tricks. 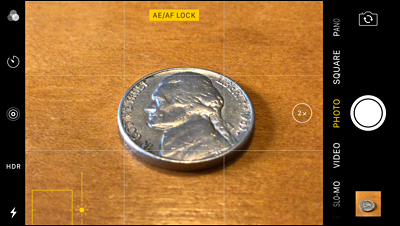 The new iPhone 7+ camera is a game changer. While features like dual lenses are available in other phones, the fact that they’re in this wildly-popular phone puts them in the hands of the masses and has opened a new world to pro photographers and camera app developers. This article will help you get the most of the new features.

There are now three ways. 1) Home screen icon. 2) Swipe up for camera icon on Control Center. And now: Swipe left on your lock screen.

You get the full clarity of the prime lenses only at the 1x setting and the 2x setting when focused beyond 18". All other zoom settings use the digital zoom and can downgrade the quality. To toggle between the lenses:

In addition to the built-in Camera app, Manual is the only other app currently with the 1x/2x button.

There’s a built in zoom control for those that don’t like the pinch-to-zoom function. On the 7+ the zoom goes to 10x.

This is an iOS 10 feature that gets enhanced with 7+ Tele lens. To enable:

To take a magnified still:

Not as nice as a macro lens, but hey, it’s built-in.

The combo of the iPhone 7/7+ cameras and iOS10 allows you to shoot and save in Adobe’s DNG format, which is currently the top contender for a RAW standard. (And it’s supremacy is a pretty much sealed now that iPhone supports it.) Strangely Apple chose not to use it in their built-in Camera app yet. Third Party Camera apps that shoot RAW are popping up every day, but at the moment there’s no great app that makes shooting and editing in RAW easy.

Currently the easiest way to try out RAW is Adobe’s free Photoshop Lightroom app for iOS that can shoot and edit DNG files. You must shoot and edit your images inside the app.

It should be noted that DNG files that are unprocessed will often not look as nice as JPGs. DNG files need to be tweaked to pull out the detail and get an improved exposure. Since these files are three times the size of the iPhone’s JPGs, a good number of shooters will find that messing with the DNG format just wastes memory and time for most images.

More to come. If you have an iPhone 7+ camera trick you’d like to add, tweet it to me. Thanks.

The confounding world of RAW photography in iOS. *But currently there are a lot of disclaimers to that. Note: The past few days there’s been much misinformation spread about shooting and editing