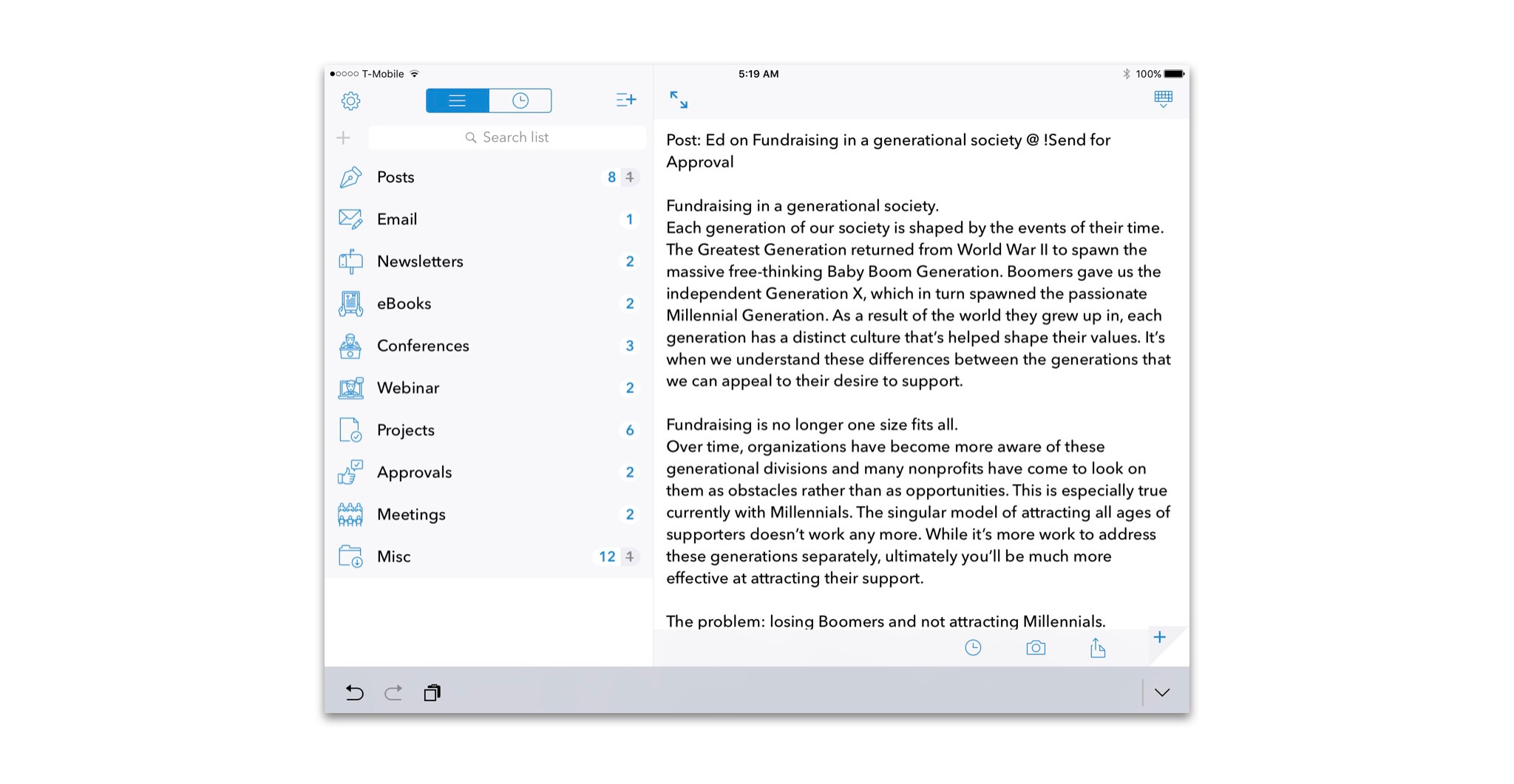 The number of bloated todo/task apps out there is staggering. Perhaps more staggering is how many I’ve tried that seem to eat up more time in learning how to use them and in formatting entries than they save.

Ikiru is Paperless: The Next Generation.

Jim Rhoades of Crush apps built Paperless for himself. Since it’s a labor of love, that’s probably why it’s the simplest and most powerful list app out there. I bring up the predecessor because any Paperless user like me will instantly feel at home in Ikiru. Literally no learning curve (not that there’s much of one for everybody else anyway.)

Ikiru flexes to your style. It lets you create a super-simple listless string of items or create a complex architecture of lists within lists. And no matter how elaborate a structure you build, you can toggle the clock button and get a simple timeline of what’s due.

A horrid omission by app developers in most list, todo, task and project apps is that notes are treated like a Dead-Headed stepchild (sic) with tweet-length restrictions and minuscule entry fields. Not Ikiru. Every list item is a full-length note with the full screen available for typing. If you require copious notes in your task management, the app for it is finally here. Hurrahlleleujah.

This is the first list management app with due dates I’ve ever been hopeful about. Maybe since it evolved from Paperless, I feel comfortably at home with it and know it will be around for years. Maybe it’s just that it’s the first straightforward app that lets you be productive and stay inside one app to do it all. Or maybe someone finally got it right.